Rubén D. Costa got his B.Sc/M.Sc in Chemistry from the U. Valencia (Spain) in 2006. His Ph.D. focused on designing new ionic transition-metal complexes to enhance thin-film lighting sources and was performed at the Institute for Molecular Science (IcMol) where he graduated in 2010. His PhD led to >30 publications and it was awarded on national and international levels with i) the IUPAC Prize for Young Chemists by IUPAC, ii) the Nanomatmol Prize 2010 by RSEQ, and iii) the Doctoral Prize 2010 by the U. Valencia. From 2011 to 2013, he was a Humboldt Postdoctoral Researcher at the U. Erlangen-Nuremberg (FAU) working on nanocarbon-based solar cells. He was author of >15 scientific publications and was nominated as finalist of the VI SUSCHEM post-doc award. In 2014, he obtained the prestigious EAM starting grant and the Liebig Scholarship to build up his own research group working on sustainable hybrid lighting, photovoltaic, and bio-diagnostic technologies. In 2017, he moved part of his research group to IMDEA Materials, where he is a research professor heading the Hybrid Optoelectronic Materials and Devices lab. His current group consist of 7PhD (2 international PhDs), 2 post-docs, and 1 senior researcher at IMDEA, as well as 3 PhDs at U. Erlangen-Nürnberg (2 as co-supervisor and 1 as direct supervisor). His group is supported by several excellence programs (Atracción de talento and RyC), private foundations (fBBVA and VCI), industrial projects, and national and international competitive calls (EU, MINECO, CSC, CNRS, ERC).
He holds a well-established reputation in the area of organic optoelectronics with a strong expertise in hybrid materials for lighting and photovoltaic technologies. This is supported by his academic/research achievements: citations (>3500; >2500 since 2014), publications (>110 from which >65 as corresponding author and >13 with >100 citations), patents (4 since 2015), authored/edited books (2), guest editor tasks, h-index (37), awards/scholarships (29), and contributions to conferences/seminars/industrial exhibitions (>70; >50 since 2014). He is co-supervisor of 6 PhDs (U. Erlangen-Nürnberg) and direct supervisor of 11 MScs (1 at IMDEA, 8 at U. Erlangen-Nürnberg, 2 at U. Valencia, 1 at UPM). As the most recent highlights, his research has been underlined by several public and private institutions, social media (newspaper, specialized webpages, radio, and TV), as well as several awards like i) the Young Chemist Award 2016 by RSEQ, ii) the Silver Medal European Young Chemist Award 2016 by EuChemMS, iii) the LpS Scientific Award 2016, iv) the ADUC Young Chemist Award 2017 by the GDCh, v) the Spanish top Talent under 35 as well as the European Innovator (Pioneer) under 35 awards by the MIT TR, vi) the Leonardo Fellow 2018 by the BBVA Foundation, vii) Young Scientist New Champions 2018 by the World Economic Forum, and viii) ERC Consolidator grant.

2018-2023: Ramon y Cajal fellow by the Spanish Government. This program is the highest honor for young researchers in Spain, highlighting the relevance and originality of their research (1st over >160 applicants in Materials Science).

2017: Innovationspreis der BioRegionen 2017 by AK BioRegionen. This recognizes the relevance of the Bio-LED concept within the biology field in Germany.

2017: European Innovator (Pioneer) 2017 under 35 by the MIT Technology Review. This award highlights the most disruptive and innovative contributions in Europe (>1100 candidates).

2017: Spanish Top Talent 2017 under 35 by the MIT Technology Review. This award highlights the most disruptive and innovative contributions in Spain (>200 candidates).

2017: ADUC-Jahrespreis 2017 by the GDCh. This award is the highest honor for young chemist leaders in Germany, highlighting the relevance and originality of their research (>80 applicants).

2016: Silver Medal European Young Chemist Award 2016 by the European Association for Chemical and Molecular Sciences (EuChemMS). This award recognises the excellent research being carried out by young scientists (<35) working in Chemistry and Material Science (>90 candidates).

2016: Young Chemist Award 2016 by the Real Sociedad de Química Española (RSEQ).This award recognises the excellence and quality of the prospect of Spanish young research leaders (<35) in Chemistry and Material Science.

2011: 3 PhD awards: 1) IUPAC Prize for Young Chemists, International Union of Pure and Applied Chemistry (IUPAC) for the most outstanding PhDs at worldwide level; 2) Nanomatmol Prize 2010 for outstanding national PhDs by RSEQ; 3) Doctoral Prize 2010 by the U. Valencia.

2019: Responsible of international Joint PhD program between U. Waseda-IMDEA

2019: Jury member of the MIT Tech. Rev. Awards for European Innovators under 35

2017: Responsible of international Erasmus programs with U. Turin

2017: Responsible of international Joint PhD program between U. Caen-IMDEA 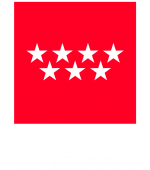