Seminar of Prof. Javier García Martínez entitle “Design, Fabrication and Commercialization of new catalysts engineered at the nanoscale” – At 10:00 am in the Seminar Room

Seminar of Prof. Javier García Martínez entitle “Design, Fabrication and Commercialization of new catalysts engineered at the nanoscale” – At 10:00 am in the Seminar Room

DESIGN, FABRICATION AND COMMERCIALISATION OF NEW CATALYSTS ENGINEERED AT THE NANOSCALE

The development of intracrystalline mesoporosity within zeolites has been a long-standing goal in catalysis as it greatly contributes to alleviate the diffusion limitations of these widely used microporous materials (1). In this contribution, we will present unprecedented insights on the formation of intracrystalline mesoporosity in zeolites by surfactant-templating recently obtained by in situ synchrotron X-ray diffraction and Liquid Cell Transmission Electron Microscopy (Liq-TEM). By combining experimental results and theoretical calculations, the presence of intracrystalline mesoporosity showing local hexagonal order was unambiguously confirmed. Moreover, through the observation of individual zeolite crystals by Liq-TEM, we are able to provide the first time resolved visualization of the formation of mesoporosity in zeolites (2). The presence of this mesoporosity was further evidenced through ex situ gas adsorption. All these new insights, obtained by combining a number of time-resolved techniques, are an example of the enormous potential of current in situ characterization methods for the rational design of hierarchical zeolites with superior properties and optimal catalytic performance as it has been proved at lab, pilot plant, and industrial scale. During the presentation, actual refinery data will be presented and discussed as a function of the nanostructured of the mesoporous zeolites produced by surfactant-templating. 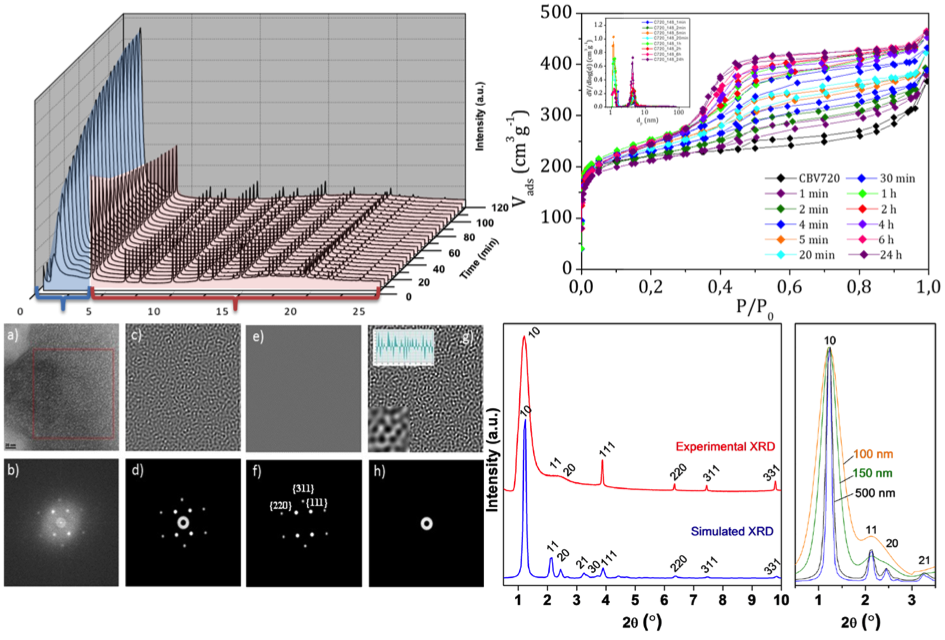